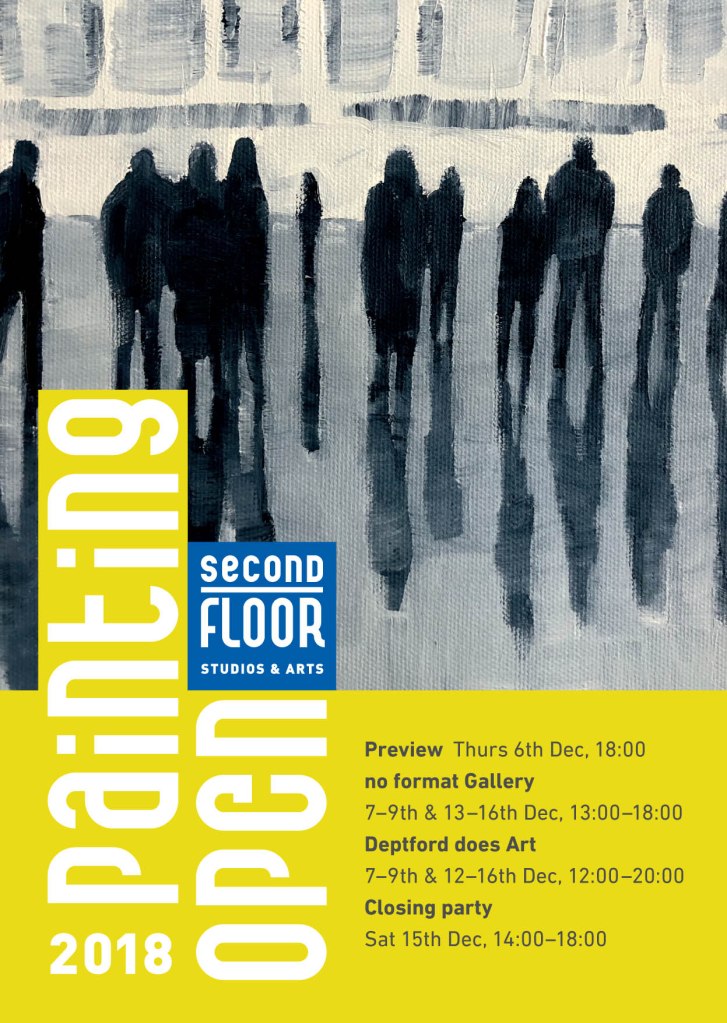 The work above is seen here as it was shown at the No Format Gallery as part of the Painting Open 2018.  The show was spread across two sites, the other being at Deptford Does Art.

This is a play on mixing colours and cutting out swatches in preparation of a painting. The ‘holes’ in space are a development of an old idea on one level and life and death on another … hence the title.  I have deliberately extended the shadow theme into this work and the one to follow – Looking through to the other side (2).

Second version of looking through to the other side.  This time I have taken the sequence of colours from a Winsor & Newton paintbox and repeated it. I was looking to leave a trace of the paint on the front of the cut holes as a reference to the coloured dots beyond.